The New Stress Test Standard and Other Regulatory Changes 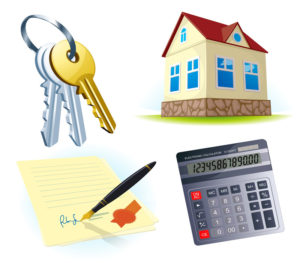 The Office of the Superintendent of Financial Institutions or OFSI announced in October of 2017 new regulations going into effect on January 1, 2018. Let’s look at the regulatory changes that are going into effect at the start of 2018, both those rules specific to subprime mortgages and rules that impact even prime lenders.

The biggest issue for prime mortgage lenders is the new minimum qualifying rate. This is the stress test that has been used to weed out borrowers who may not be able to afford their homes if interest rates on an adjustable rate mortgage went up or a short term mortgage was refinanced at a new, higher interest rate. The OFSI altered guideline B-20 to extend the stress test to all mortgages. Stress tests used to only apply to adjustable rate mortgages, mortgages with a term of less than five years and those who put down less than 20% when buying the home.

This change is expected to affect borrowers’ ability to pay by two to three percent. Paul Taylor, President of Mortgage Professionals Canada, was quoted as saying the new qualifying rate will have a negative impact on the mortgage market as a whole and the Canadian economy. He was glad that the OFSI only limited subprime loans that circumvent loan to value ration rules instead of prohibiting use of these financial products altogether.

Subprime or B lenders will have to change their standards for loan to value ratios. The original proposed rule change was to prohibit co-lending activities. Instead, the loan to value rules will prohibit borrowers taking out a loan for their deposit to hit the 20% down threshold and then borrowing from a second party for the other 80%. First and second mortgages are allowed is the borrower meets the loan to value limits (20% down at minimum) and qualify for both mortgages due to mortgage guidelines like debt ratios.

President Paul Taylor said he was glad the OFSI accepted his organization’s recommendation not to prohibit all co-lending but believed the 200 basis points higher stress test rule would hurt the mortgage industry. Other sources have said that the impact will vary based on region, significantly impacting Vancouver and Toronto but hardly having an impact elsewhere.